My Danish friend, JP, asked me in February to help encourage Danes to go to vote in the European Parliamentary elections on 26 May. In the last EU elections, only 56 % of the Danes bothered to vote. In most other EU-countries the voting percentage was even lower.

When the Danes were asked about their unwillingness to vote, many said they believed the European Parliament has no power. That it is just a “Mickey Mouse Parliament”. Danes are surprised when they hear that about 80 % of national legislation and half of the points on the meeting agenda of the municipal decision-making bodies come from the EU. The situation is probably the same in the other EU-countries. Many people are either ignorant or misinformed.

Ignorance is probably due to the fact that only a few journalists write about EU’s legislative work unless something negative or funny happens, as when there was a discussion of reforming the regulation that specified that all bananas had to be “free of abnormal curvature” and at least 14 cm in length.

The idea of JP and his 74-year-old professor friend Uffe was to increase participatory democracy by running a non-partisan campaign on social media: a couple hundred famous Danish role models would encourage their followers to vote using short poems, Facebook ads and video clips.

Of course, the EU machinery itself is running an official voting campaign in all Member States. In addition, EU-candidates have their own campaigns. But these campaigns usually do not reach citizens who are not interested in politics. Among these are young people and migrants who do not seem to be convinced by the official voting information from the EU. These groups have been particularly passive in previous elections. Only 14 per cent of those second generation young people under the age of 30 voted in the 2014 elections.

I don’t understand why less than 27 percent of recipients of Danish social assistance voted in the last EU elections. Whereas, of the Danes, whose annual income exceeded 134,000 euros per year, over 73 percent voted. One would think the poor have more to gain /loose than the rich…

Of course, I wanted to help JP in promoting democracy, but due to my extensive traveling, I promised only to take care of easy internet-related tasks, like the searching for e-mail addresses of selected famous Danes and communicating with them via the Internet. Fortunately, JP was successful in recruiting other volunteers to manage other aspects of the campaign that require the use of the phone and a presence in Denmark. These volunteers organize meetings and shoot videos, and collaborate with digital specialists.

In recent months, I sent hundreds, perhaps thousands, of emails to known Danish authors, visual artists, actors, musicians, scientists, journalists, athletes, directors of large enterprises and trade unions. More than 130 of them responded favorably and delivered a short poem rhyming with the Danish words for ‘home’  (hjemme) and ‘to decide’ (bestemme) explaining why people need to get out of the home on election day and go voting if they want to influence the decision-making of the European Parliament. For example, the best female football player in Denmark, Pernille Harder, came up with the following poem:

(My free translation from Danish to English:

You don’t reach the top in football by watching television

Get up and vote and be part of a bigger mission)

All the poems of the famous Danes participating in the campaign as well as their photos donated by the news agency Ritzau have been introduced into the campaign website stemogbestem.eu.

A visitor to the site can share the photos and poems with their Facebook-, LinkedIn- and Twitter-followers and friends by clicking the icons under their favorite role models. The site is created and donated by a Danish company The Color 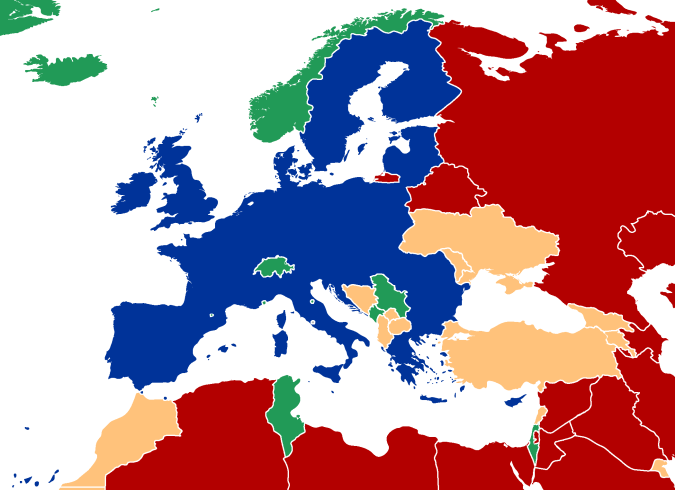 Club, money to create and disseminate Facebook-videos has been donated by Facebook, and Google has also pitched in in several ways.

Although this non-political democracy campaign has taken some of my time, I have expanded my knowledge about social media. As a retiree I am privileged to be able to use my time in whatever way I want and to promote the ideas that are important to me.

One thought on “Voting in the EU elections this week”